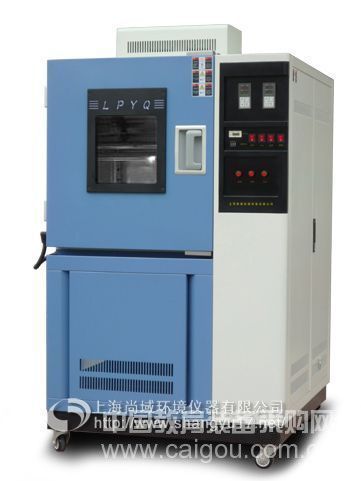 In the last article, we talked about the blind war of the price of the test box, which caused the test box industry to fall into the vortex of vicious competition, which caused many problems. The following is how we can jump out of the "price" strange circle. What?

First of all, it is necessary to strengthen the supervision and urging role of industry associations and functional departments, accelerate the formulation of relevant instrument industry standards, and guide the orderly and healthy development of the industry. Secondly, the test box industry should improve the added value and competitiveness of its products. The competition of price, technology, service and brand is a magic weapon for enterprises to win. We cannot ignore the role of other factors while emphasizing price.

Furthermore, guide the users of the test chamber to make reasonable choices and do not blindly believe in low-priced products. However, instrumentation products are not equivalent to other disposable consumer products. Many products need to involve on-site debugging, later service tracking, product support upgrades, and other after-sales joints. If users only focus on immediate benefits, it may cause greater losses.

A French press, also known as a cafetiÃ¨re, ÑafetiÃ¨re Ã  piston, Cafeteria, press pot, coffee press, or coffee plunger, is a coffee brewing device patented by Italian designer Attilio Calimani in 1929.
A French press works best with coffee of a coarser grind than does a drip brew coffee filter, about the consistency of kosher salt. Finer grounds, when immersed in water, have lower permeability, requiring an excessive amount of force to be applied by hand to lower the plunger and are more likely to seep through or around the perimeter of the press filter and into the coffee. Additionally, finer grounds will tend to over-extract and cause the coffee to taste bitter. Coffee is brewed by placing the ground coffee in the empty beaker and adding hot-between 93â€“96 Â°C (199â€“205 Â°F)-water, in proportions of about 30 g (1.1 oz) of coffee grounds to 500 ml (17 US fl oz) of water, more or less to taste. The brewing time is about two to four minutes. The plunger is pressed to separate the grounds and hold them at the bottom of the beaker. The mesh piston normally does not compress the coffee grounds, as most designs leave a generous space-about 30 mm (1.2 in)-below the piston in its lowest position. If the brewed coffee is allowed to remain in the beaker with the used grounds, the coffee may become astringent and bitter, though this is an effect that some users of the French press consider desirable. It is believed that the optimum time for brewing the coffee is around four minutes, and some consider the coffee spoiled after about 20 minutes. Other approaches, such as cold-brewing, require several hours of contact between the water and the grounds to achieve the desired extraction.